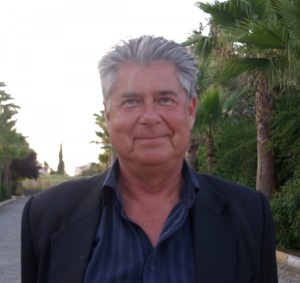 Thomas Brooman was born in Bristol in the west of England in 1954. After attending schools in Bristol and in Buenos Aires, Argentina, Thomas went to Oxford University, reading English Language and Literature, graduating in 1976.

Returning to Bristol after graduation, Thomas decided to find a living through music, working firstly as a drummer with several Bristol bands during the heyday of punk music in the late ‘seventies. In 1980, with a group of friends, Thomas established a unique record magazine publication called The Bristol Recorder, and it was through this project and its contact with the English artist Peter Gabriel that the concept of WOMAD was born.

In early 1981, together with Peter Gabriel and a group of colleagues, Thomas co-founded the first WOMAD Festival. He worked as Festival Director on this ground-breaking event, which took place in 1982, leading to the establishment of the fledgling WOMAD organization and its affiliated charity, the WOMAD Foundation, in 1983.

From 1982 through until 2008, as Artistic Director of WOMAD, Thomas has programmed and collaborated in the production of more than one hundred and seventy five WOMAD Festivals and events in twenty-seven countries and islands, in Africa, Asia, Australasia, Europe and North America.

Thomas is also a co-founder of Real World Records, a label established in 1987. This internationally successful record company was conceived as a creative partnership between Peter Gabriel and the WOMAD organization.

With music as his enduring passion, Thomas is married and is the father of three sons. As well as music, his interests are drumming, cinema, photography, literature, writing and travel.

Described by The Times newspaper as a ‘visionary artistic director’ Thomas was recognized in 2005 by the BBC (British Broadcasting Corporation) when he became the first recipient of the World Shaker Award as part of BBC Radio 3’s World Music Awards.

In 2008, Thomas was honoured with the award of the CBE (Commander of the British Empire) in the Queen’s Birthday Honours List for his life services to music and charity.