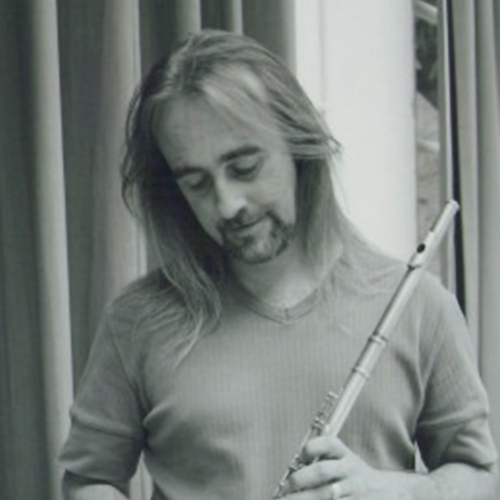 Eddie has been central to some of the most important British jazz in recent years. He was a founder member of and an important composer for Loose Tubes, the legendary UK 1980s big band. He was a key member of the headlining Bheki Mseleku Band, featuring drummer Marvin ‘Smitty’ Smith. He also featured as a soloist and composer in Django Bates’ Delightful Precipice.
He leads his own bands “Eddie Parker Quartet” featuring the amazing Kit Downes on piano; “Eddie Parker’s Mister Vertigo” with recent performances and a live album recorded at the Vortex, Dalston. London and “Twittering Machine”, who played at the first International Jazz Festival in Sarajevo in 1997. The Eddie Parker Group has also recorded two albums “Transformations of the Lamp” and “Everything you do to me” on FMR.
Currently Eddie is working as keyboard player and composer with Will Gregory Moog Ensemble, as well as on various recording, performance, composition and educational projects.
As well as being one of the world’s finest jazz flute players, Eddie is also renowned as a composer. Eddie was shortlisted for the Britten Sinfonia Opus 2013 Composer’s Award. For this competition Eddie wrote “Bright, Toward Heaven’s Descent” for oboe, harp and string quartet, a highly evocative essay on the passing of the seasons inspired by Eddie’s home environment in rural Gloucestershire.
Eddie has also recently composed music for the Will Gregory Moog Ensemble including “Ocean of Heaven”, a deeply meditative depiction of ocean swells.
Now resident in Gloucestershire, Eddie is a director of the innovative and highly successful jazz and improvisation Education Company, Groove On. Previously, his company Impro Integrated Music Projects designed and run projects with Akasae, Delightful Precipice and the Eddie Parker Group and training courses for teachers and musicians. Impro led Brecon Jazz Festival’s Education and Outreach project for 3 years. People Symphony was a major education and performance project which ran in four London boroughs, funded by Youth Music. Groove On was originally a project which supported children’s music making through the transition from junior to secondary school.