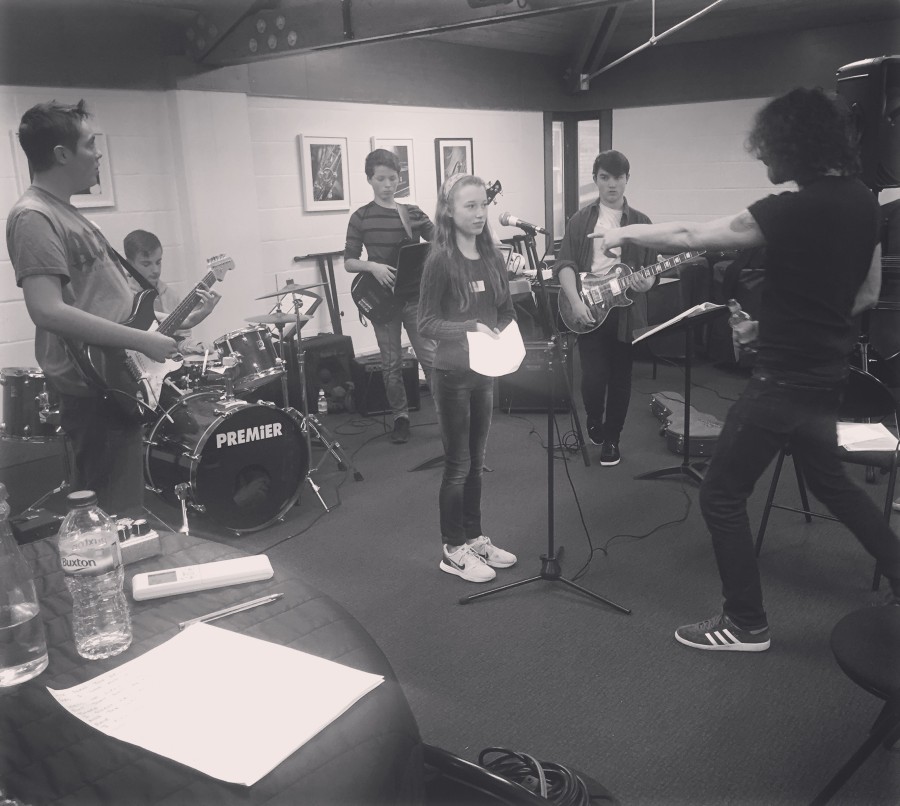 In the morning students worked with their instrument specific tutors to work on skills and techniques that would help them with the band work later in the day. There were four main groups: singers, drummers, guitarists and bass players. We also had one baritone sax player and a pianist who both worked in the morning in the guitar group.

In the afternoon, all the instrumental students were allocated into three bands according to style. Two of these were each focused on a classic rock track: Living on a Prayer (Bon Jovi) and Under Pressure – our tribute to the late, great David Bowie. The funk group worked on two songs: Treasure and Uptown Funk. The singers worked on a medley of three songs as well as the vocal parts of all four songs being rehearsed by the bands. Finally, there was an acoustic duet of Summertime by students Libby and Finn.

The performances at the end of the day were universally excellent: many of the students were not familiar with the songs they were working on; nor had they worked with each other much before, if at all. Despite this, the students were able to pick up the song structures and their individual parts very quickly and spent much of the later afternoon polishing their arrangements.

South West Music School would like to thank all the tutors who made the day work so well: Stuart Ryan (guitar), Stacy Taylor (vocals), Stuart Clayton (bass) and Erik Stams (drums), supported by Andy Moore who helped with all the groups and provided all the charts for the students. Our thanks also to Wellington School and Andrew Trewhella for making available their excellent facilities.