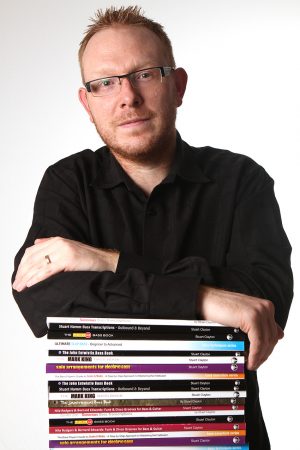 Stuart Clayton studied Popular Music at Leeds College of Music and has since performed all over the world as a bass guitarist. He has been Head of Bass at BIMM Bristol for ten years.

Stuart has worked on cruise ships, theatre shows, function groups and played on many sessions. He has also worked for Rockschool as their Bass Technical Specialist (2012-2018) and worked as a session musician on the current syllabus.

From 2006 – 2010 Stuart was bassist for legendary Emerson Lake and Palmer drummer Carl Palmer. As a member of Carl’s band, Stuart toured extensively through the US, Europe and the UK, as well as recording a live album with the group.