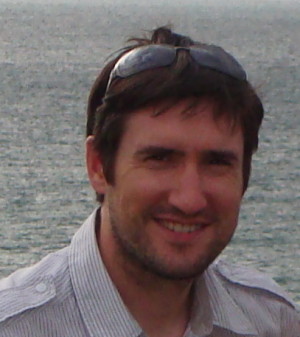 Matt was born in Cornwall, and after trying out a variety of musical instruments, he eventually settled on the trombone as he realised he had quite long arms! Matt was a member of the prestigious Bodmin College Jazz Orchestra (which won many national awards), Cornwall Youth Orchestra and Cornwall Youth Jazz Orchestra.

Matt gained a place at the Royal Northern College of Music in Manchester studying with Chris Houlding, Andy Berryman and John Iveson. Whilst at the RNCM Matt was also a member of the London Philharmonic Youth Orchestra and the Britten-Pears Symphony Orchestra. He was also involved with Manchester’s Punk/Ska/Pop Band Grimace (now Sonic Boom Six).

Matt graduated from the RNCM in 2002 winning the Terrance Nagle Prize for Trombone and worked as a freelance musician in Manchester, with the Hallé Orchestra, Opera North and the Royal Liverpool Philharmonic Orchestra. In 2004 he was appointed Co-Principal Trombone of the Kwa-Zulu Natal Philharmonic Orchestra in Durban, South Africa. The orchestra was heavily involved in educational outreach projects which Matt found to be extremely rewarding.

Returning to the UK in 2006, Matt was lucky enough to marry his wife Marion and they moved to Stratford-Upon-Avon. Matt continued  to work as a trombonist, working with the Royal Shakespeare Company and the BBC Philharmonic Orchestra. He toured the UK with theatrical productions of Guys & Dolls, Anything Goes, Chitty Chitty Bang Bang, Scrooge and Evita.

In 2011 whilst continuing his freelance work, Matt returned to his roots in Cornwall and established Big Bang Music – a company designed to provide music workshops to primary level children. Big Bang Music have also been commissioned to design, construct and install musical instruments for  school’s outdoor classrooms.