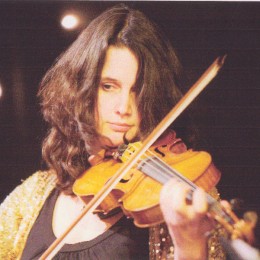 Lindsay has been part of the music industry for 20 years now, playing in professional orchestras and chamber groups, working on educational projects and teaching private pupils of all levels and abilities. Lindsay has extensive experience of the professional, classical music scene from recording and performing chamber music to orchestral playing and she feels very grateful for the help she received as a youngster which enabled her to access the profession. Lindsay has always felt very drawn towards helping young people find their way in music.

Musical Education
After studying at the Junior Royal College of Music Lindsay went on to the Royal Northern College of Music to study with Richard Deakin. After leaving college she carried on studying privately with Wen Zhou Li.

Playing Experience
FROM 1993 until 2007 Lindsay worked regularly as a first violin extra with the Royal Liverpool Philharmonic Orchestra and the BBC Philharmonic. She has also worked with Manchester Camerata, Scottish Ballet, Welsh National Opera, The Goldberg Ensemble, English National Opera, the Performing Arts Symphony Orchestra and The Halle. Lindsay has been involved with the education teams at The Royal Liverpool Philharmonic Orchestra and the Manchester Camerata and also in education work with her own string quartets. Since moving to the South West Lindsay is now playing with the Ten Tors Chamber Orchestra, her own string quartet (The Four Seasons String Quartet in concert) and many other chamber music groups.

Teaching Summary
For over 20 years Lindsay has taught children to play the violin both in schools and privately, from complete beginners to music college students, from children of 3 to adults. Lindsay teaches every child and young person with the enthusiasm and commitment that she would like to be shown to her own children.

At Home
Lindsay lives in Totnes with her partner and their four boys who all play music too!