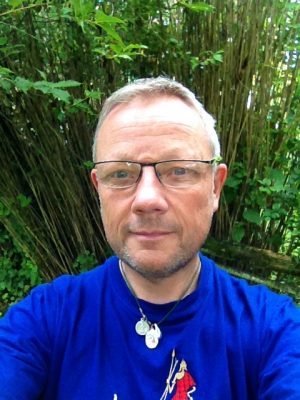 Dean is a private composition and piano teacher and has worked as a band leader, composer, arranger, fixer, engineer and producer in the music industry since 1978. He writes music for all and any combinations of instruments and particularly enjoys collaborative song-writing.

Dean has written for and toured with many dance companies including Extemporary Dance, Steve Paxton, Laurie Booth and the Cholmondeleys and Featherstonehaughs. He helped to run the London Musicians Collective from 1984 to 1992 and has been an organiser of small and medium scale music festivals including the annual Music for a Summer’s Day and, currently, the thrice-yearly Stone Soup Festival of Music and Food for All.

Dean is an experienced educator, tutor and workshop leader. He has delivered seminars and workshops in musical pedagogy for the BSO and will be running a new series of Creative Music Workshops for the Conservatoire of Music in Lisbon, Portugal. He worked in primary and secondary schools with the several dance companies he composed and played for in the 80s and 90s and has also also co-founded 2 home education support “Forest Schools” – the Greenhouses (2012) and the Lumiar School (2016) in Somerset – where arts subjects (such as Music, Dance, Theatre and Sacred Geometry) are used to teach communication skills, literacy and numeracy.

Dean has worked as a tutor and mentor for the South West Music School since 2010.